The delegation was led by Group Captain A.O. Ogunmola. He said the students were on a study tour to NASCO Group for the purpose of learning and understanding the company’s resilient strategy. He stated that NASCO Group became a choice of reference for their study because of its ability to have weathered through the storm of economic upheavals and still sustained its commitment to providing the quality life. Group Captain Ogunmola described NASCO Group as a Legacy Company in Nigeria.

In his response, the Group General Manager – Admin (Alhaji Shehu Nyalun) who represented the Chairman/CEO (Dr. Attia Nasreddin) gave a brief history of how NASCO Group came into existence, stating that the company is driven by its core values of; Integrity, Excellence, Teamwork, Community and Customer. He also attributed NASCO Group’s success to its commitment to proving the quality life. The delegation presented a plaque to NASCO Group. 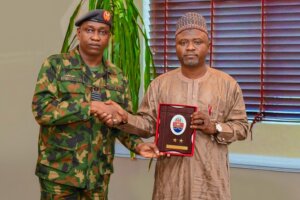 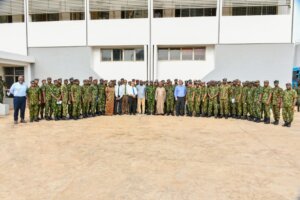